5 Reasons To Keep Using Heating Oil Into The Future

In the interest of modernizing their homes with the newest heat pumps or types of heating equipment, many homeowners are removing their perfectly functional oil burning furnaces. However, there are some facts about heating oil that makes this fuel a surprisingly smart choice for using into the future. Enjoy comfortable and affordable heat for many winters to come instead of switching to a less well-tested heating device just because it is new.

Many homeowners think that switching to electric heat or propane will protect them from fluctuations in heating oil prices due to changes in demand and supply. However, data gathered since 1970 shows that the price for oil has only increased by about half as much as other goods commonly used by consumers. While small price changes do occur on a weekly basis, the supply is overall less affected by economic issues and inflation than many other things you purchase.

Sometimes demand for a product you rely on is a bad thing, but it is a good thing when dealing with fuel for a heater. Since heating oil comes from the same crude petroleum processed into gasoline, diesel, and various plastics, the drills and refineries producing it can be expected to keep pumping it out for decades to come. This evenness of demand means you can expect that oil will remain available and affordable for the foreseeable future, unlike many other alternative energy ideas that might be gone in just a few years or even months.

Did you grow up in a home warmed by an oil furnace and learn to associate the heat with a smelly trail of smoke? Modern heating oil is very different than the formulas sold in the 1970s and 1980s. Big changes include

Those are just the improvements the heating oil industry has accomplished so far. In the next few years, sulfur levels will drop even further until the oil produces virtually zero emissions by 2018. The amount of biofuel mixed in is also expected to rise with new formula ideas arriving on the market in the next few years.

Aside from the costs of the most affordable heating oil in your area, don't forget to calculate the price of replacement heating equipment when considering a change. Electric and gas furnaces only last about one-third or one-half of the 30 year lifespan quoted for most oil devices. Since all whole-house heating equipment costs thousands of dollars to purchase and install, getting 30 years out of a furnace instead of 15 adds up to a lot of money saved over a lifetime.

Concerned about leaving a home to your kids that contains a dangerous combustion furnace when you could install electric heaters that don't rely on flames? Don't let the idea of a flame convince you that heating oil is dangerous. The oil itself must be vaporized and heated before it catches alight, which makes it safer than propane. Electric heating appliances are still more dangerous than they seem too, even without flames, because they can still overheat or spark and cause a fire.

Heating oil sounds like a relic from the past, but it remains one of the best ways to heat your home today. It will continue to stay a good option into the future for budget-minded homeowners. so don't be too hasty to replace your oil furnace just because you think another heater might work better. To learn more about heating oil furnaces, you can click here. 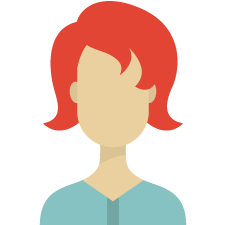 My daughter's allergies are so severe that just going to and from school is a pain, especially during pollen season. Since she has so much difficulty everywhere else, I wanted to make sure that our home was a safe place that was easy for her to breathe in. However, she was struggling there too. I replaced the air filters and even brought in an air purifier, but it wasn't enough. Finally, I called my HVAC contractor for advice. The contractor inspected the house and suggested that I have the ducts cleaned. We had to leave the house while it was being done, so that we didn't inhale any of the dust that came out of the ducts. The change in my daughter after the duct cleaning was incredible. She was relaxed and could breathe easily again. I would recommend duct cleaning to anyone struggling with allergies.

Is There Such A Thing As A Whole House Ductless Air Conditioner? - 19 January 2022